Hai Phong not only overcomes difficulties due to the impact of the pandemic but also actively prepares new stepping stones to become a city with a high level of development leading in Asia.

The same as many other localities across the country, Hai Phong also faces many difficulties due to the spread of covid-19 from the beginning of 2020. Under the leadership and direction of the Central Committee, the Government and the City Committee, the People’s Council, the People’s Committee, the participation of the political system, Hai Phong City has steadily “weathered the storm”, continued to develop stably and comprehensively, becoming a bright spot of the whole country in many fields.

Hai Phong City has completed 11/18 major socio-economic targets in 2020. They achieved high levels of targets such as GDP per capita, attracting foreign direct investment (FDI), export turnover, etc. On the other hand, the GRDP growth rate reached 11.22%, nearly 4 times higher than the national average and much higher than the other Centrally governed cities.

Hai Phong implements many drastic measures to direct localities and units in collecting and managing budget expenditures, ensuring strictness, efficiency and savings. As a result, the city achieved domestic budget revenue of over VND32,700 billion in 2020, equal to 106% of the ordinance estimate, an increase of more than 20% compared to 2019.

In the first 6 months of 2021, Hai Phong’s economic growth still reached a high level compared to the national average and other provinces and cities. Specifically, gross  Regional Domestic Product (GRDP) is estimated to increase by 13.52% over the same period, about 2.4 times the national average. 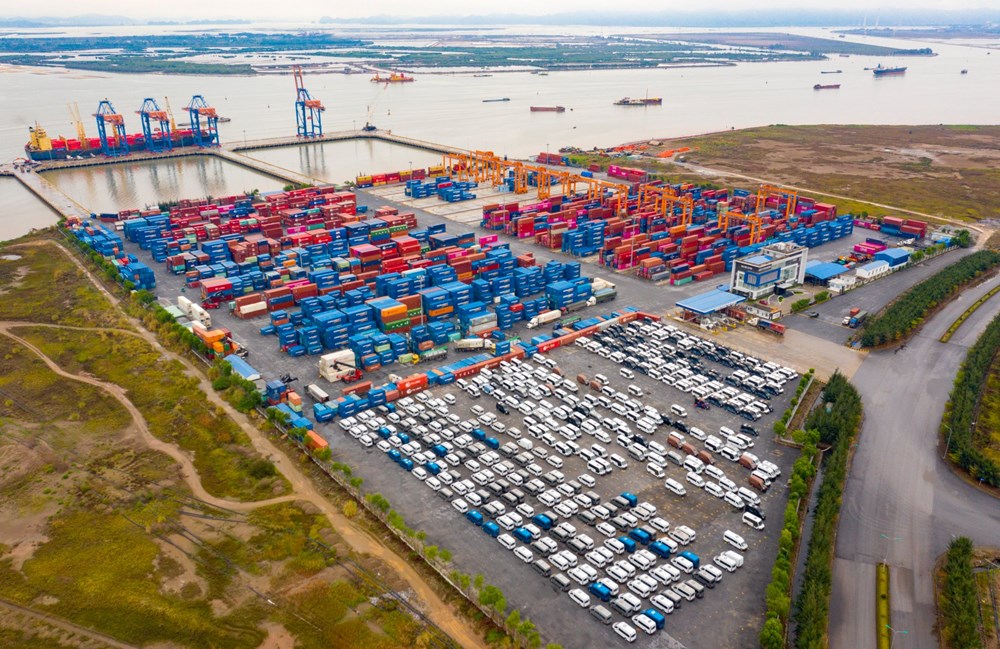 The impressive results above confirmed the business investment environment and production capacity of Hai Phong economy. The City’s Provincial Competitiveness Index (PCI) in 2020 continued to be promoted and ranked 7th out of 63 provinces and cities with 69.27 points – the highest-ranking and score so far.

Socio-economic development policies have always received consensus, support, good public opinion, and business community. In addition, their effectiveness has been affirmed by practical achievements. As a result, Hai Phong has successfully maintained a safe area and implemented the “dual objective”. Both not only fighting against the epidemics but also developing the economy.

Resolution No. 45-NQ/TW of the Politburo defines the biggest goal that Hai Phong must become a highly developed city among the top cities in Asia and the world by 2045.

Meanwhile, by 2025, Hai Phong must complete the industrialization and modernization; meet the criteria of a Class-1urban; become an industrial city in the modern world. In addition, Hai Phong also aims to become the marine economic focus of the whole country, the national logistics service center responsible for training, researching, applying and developing of marine science and technology of the country.

Besides, Hai Phong also become a fisheries center with fishery logistics service, search and rescue in the Northern region. Cat Ba, Do Son and Ha Long also become the center of international tourism.

On the other hand, the city will complete the relocation of the city administrative center to the north of the Cam River; building an urban government with lean, effective apparatus.

In addition, Hai Phong focuses on accelerating the progress of important transport infrastructure projects being implemented in the city such as the expansion of Cat Bi International Airport, Nguyen Trai Bridge, Vu Yen II Bridge, Ben Rung Bridge, Rao Bridge III,  the new route connects from the city center to Do Son, the Vanh Dai 2 road, the Vanh Dai 3 road, and the new terminals at Hai Phong International Gateway Port.

Moreover, Hai Phong continues to suggest the Government approve the policy and the implementation of the Hai Phong high-speed railway project – Hanoi – Lao Cai. Striving to have a modern and continuous transport infrastructure system by 2025, worthy of being an international trade center, is the driving force of the country’s economic development.