In recent years, the Northern Vietnam Key Economic Region has made a remarkable breakthrough, contributing to the leverage for the development of Hai Phong industrial real estate.

According to the report of the Ministry of Planning and Investment, from 2016 to 2018 and the first months of 2019, the Northern Vietnam Key Economic Region has achieved many outstanding results and got over many targets set out in the Prime Minister’s Decision No. 198/QD-TTg. The region’s economy is growing quickly. Also, the economic scale always makes up a large portion of the four key economic regions of the country. The 3-year-average gross regional domestic product (GRDP) growth rate reached 9.08% per year which is the highest in the economic zones (of which, the most prominent is Hai Phong reached 14.57% per year).

At the same time, the economic structure shifted in a positive direction as set out in Decision No. 198. The share of the agricultural, forestry and fishery sectors has the lowest share and the service sector has the highest share in GRDP compared to other regions. Some localities have a large share of service sectors in GRDP such as Hanoi (64%, the highest in the country), Hai Phong (44.05%). The industrial production index has been significantly growing as well. Some are among the highest growing localities in the country such as Hai Phong city which increased by 25.01%, the highest ever. 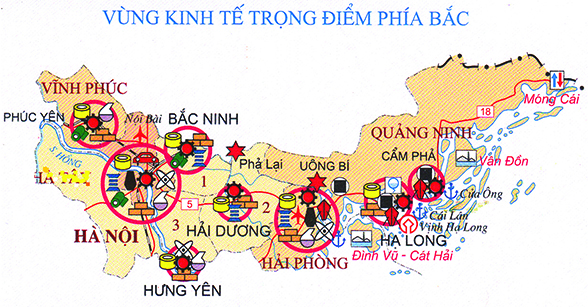 In addition, with the advantage of being the gateway to the sea in the northern region, many container ports have been invested and expanded in Lach Huyen such as Dinh Vu Port, Cai Lan Port, and Hai Phong International Gateway Port. This has contributed to the development of logistics services and increased the competitiveness of this type to the southern key economic region.

In 2020, the negative impacts of the Covid-19 pandemic have made the Northern Vietnam Key Economic Region continue to face many difficulties. However, localities in the region have actively developed economic growth plans, determined to make the processing and manufacturing industry a driving force, creating breakthroughs in economic growth and budget revenue. These solutions have gradually restored and regained momentum in local’s economic and social development, especially when entering ‘new normal’.

According to a report by the General Statistics Office, in the fourth quarter of 2020, the economy recovered rapidly with a growth of 4.48%, pushing GDP for the whole year to 2.91%. Growth ranks high in the world in the context of the global economy being heavily affected by Covid-19.

Many experts said that Hai Phong has many advantages in industrial real estate development compared to other provinces and cities in the northern region. According to JIL Vietnam’s analysis, the total area of industrial land in the northern market is 9,371 hectares which currently includes Hanoi, Haiphong, Bac Ninh, Hung Yen, and Hai Duong is 9,371 hectares. In particular, the supply in Hung Yen and Hanoi markets is filled to 90% or more. Thus, only Bac Ninh, Hai Phong has enough vacant land to welcome investors.

Recently, the occupancy rate in the city’s industrial parks is increasing rapidly but the city has also been implementing planning and building new industrial zones and clusters. In particular, Nam Dinh Vu Industrial Park is considered one of the bright spots of the Hai Phong industrial real estate market. 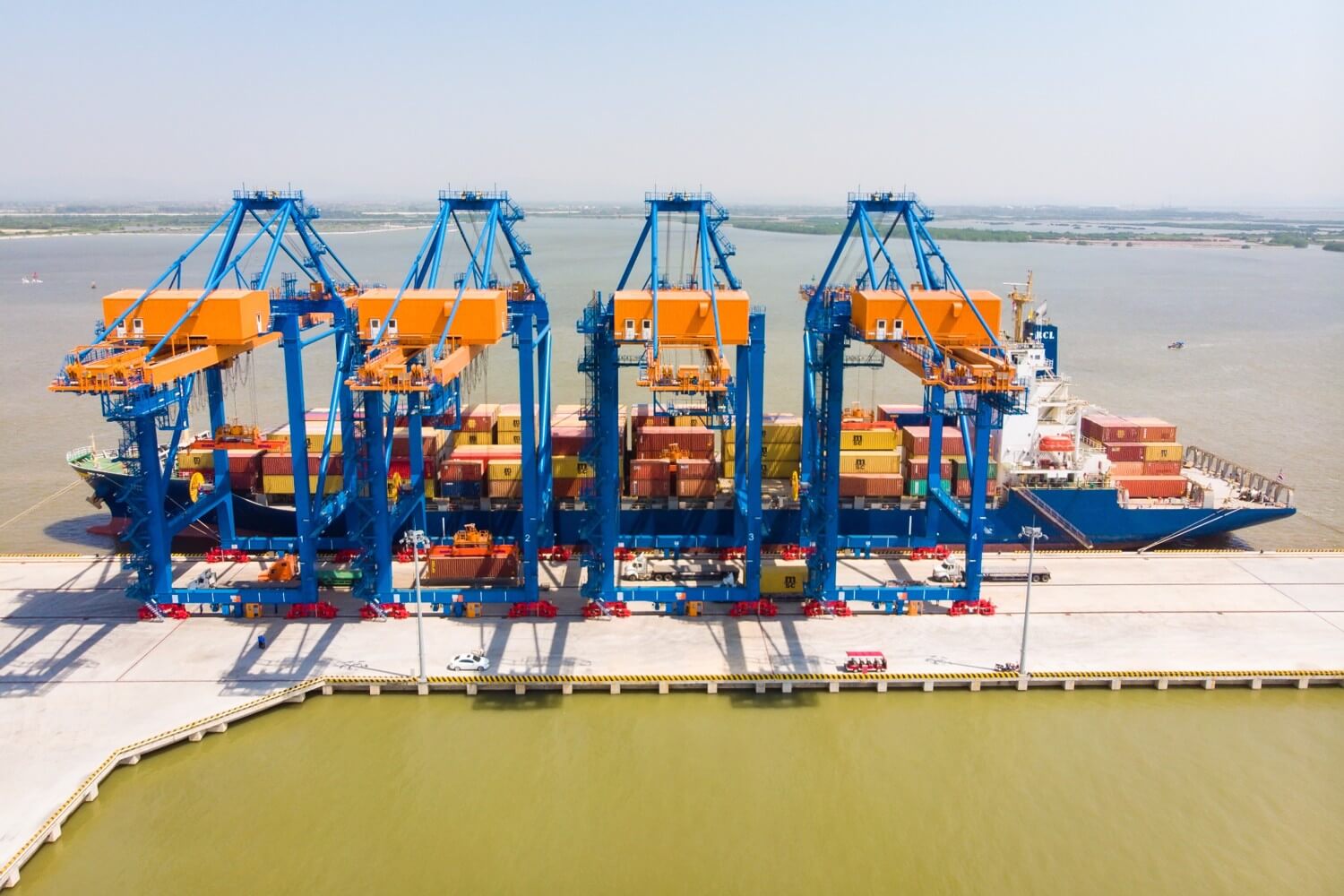 It is suggested that Sao Red Group – the owner of Nam Dinh Vu is supposed to build a general industrial park when planning Nam Dinh Vu Industrial Park. They plan to functional subdivisions forming an ecosystem that complements each other. Also, the output of one enterprise can be the input of another enterprise. In particular, the port and logistics area with a scale of nearly 200ha is one of the most potential convergence areas which includes 7 container and general cargo ports, bonded warehouses, and the logistics areas. All of them are invested in infrastructure with modern and synchronous standards.

To contribute to the development of industry in particular and the economy in general of Hai Phong, Sao Red Group is actively accelerating the completion progress for Nam Dinh Vu Industrial Park to come into operation even stronger. Currently, the entire technical infrastructure of phase 1 of Nam Dinh Vu container port has been completed, with 2 docks having been put into operation, with a capacity of about 800,000 to 1 million TEUs per year. The next two terminals of phase 2 are in the process of investment, expected to be completed and put into operation in mid-2022. All equipment is newly invested, modern, and in line with international standards in the field of seaport exploitation.